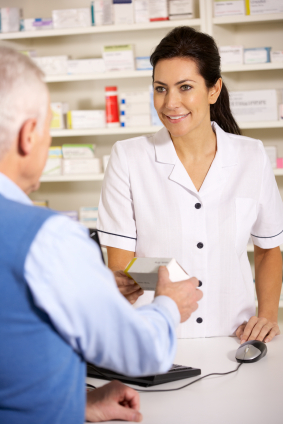 Cholesterol Control vs. Increased Fatigue: A Difficult Choice for Seniors and Their Families

Simvastatin and pravastatin are two very popular cholesterol-lowering drugs, used by many people to combat their risk for heart trouble. But a new study strongly suggests that one side effect, previously little known, might do more harm than good to certain patients. These include seniors who receive assistance from caregivers in Oceanside and elsewhere in San Diego County.

Doctors frequently hear complaints of fatigue and lowered energy levels from patients who are on statins, but until now there has been no reliable study to confirm the link between the drug and fatigue. This study used a complex method of measuring fatigue and applied it to a group of over 1,000 subjects over a six-month period. The final data indicated that up to 40 percent of patients on simvastatin or pravastatin might experience lowered energy levels.

Most people that experience low energy while on statins are women and elderly people. However, elderly people who have dangerously high cholesterol may need to stay on the drugs, even if they impact their energy levels.

Caregivers in San Diego County and everywhere else are concerned about the fact that elderly people are among those most likely to suffer adverse effects from these drugs. Lowered energy is dangerous for seniors, especially if they already have a hard time accomplishing normal living tasks. For this reason, the heads of this study are now recommending that doctors avoid prescribing these drugs if it appears that fatigue would pose a greater threat than the possibility of heart problems.

For patients who face a severe risk for high cholesterol and other heart problems, the researchers stress that these statins provide an important form of treatment. In these cases, the threat of fatigue is one that patients and doctors must work together to address.

Caregivers in Oceanside Should Be Aware of Danger

As they provide assistance to seniors, caregivers in Oceanside should be aware that an elderly person who is taking simvastatin or pravastatin might show signs of increased fatigue. If so, the person’s physician may want to review the prescription in light of the new research and decide whether it is the best course of action.