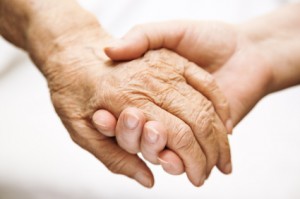 The University of Chicago Medical Center recently published news about a study conducted there which indicates that in some cases, social intervention may be as effective as medications for combating loneliness and depression in the elderly.  According to the press release announcing the results of the study:

Changing how a person perceives and thinks about others was the most effective intervention for loneliness, a sweeping analysis of previous research has determined. The findings may help physicians and psychologists develop better treatments for loneliness, a known risk factor for heart disease and other health problems.

Recently, researchers have characterized the negative influence of loneliness upon blood pressure, sleep quality, dementia, and other health measures. Those effects suggest that loneliness is a health risk factor, similar to obesity or smoking, which can be targeted to improve patients’ health in several dimensions.

“People are becoming more isolated, and this health problem is likely to grow,” said John Cacioppo, PhD, professor of psychology at the University of Chicago. “If we know that loneliness is involved in health problems, the next question is what we can do to mitigate it.”

When the researchers pooled the 20 studies that employed the most rigorous study design of randomized, controlled trials, they found a small, but significant effect on reducing loneliness. Sub-dividing the studies by their strategy revealed that interventions targeting social cognition — a person’s thoughts about themselves and others — were far more effective than the other strategies.

This new research brings forth the importance of combating isolation and depression in the elderly and others, especially those who live at home alone.

To see the complete study announcement, go to Addressing negative thoughts most effective in fighting loneliness.