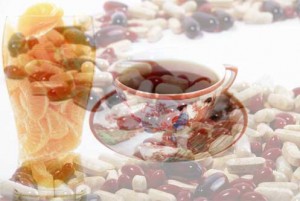 Illness can sneak up on you. In previous posts I’ve stressed the importance of making plans for senior care from the senior’s perspective. What happens when the caregiver gets sick?

From The California Healthcare Foundation “CaliforniaHealthline” today: The number of hospital-related adverse medical events could be up to 10 times higher than previously estimated, according to a Health Affairs study, Modern Healthcare reports Study Details For the study, University of Utah researchers and colleagues analyzed the records of nearly 800 patients admitted in October 2004 at three […]

There’s less than a week to go to Thanksgiving. Travel plans are all in order. Menus are set. We’re all set to smile tolerantly in the face of whatever familial tortures are headed our way. It’s a holiday. It’s a time for family to get together. It’ll be over soon. We can get through it. […]

We have previously written about the risks of “HAIs” (Healthcare Acquired Infections) and we have pointed out the resources available on the web regarding that topic, including How to Prevent Health Care Associated Infections. Kimberly-Clark has created a new “community” website to promote discussions about understanding and preventing HAIs, called The HAI WATCHDOG* Community.  Take […]

It’s just common sense that getting outside in the fresh air and sunshine will help most people feel better and have fun, and that’s certainly true for older adults.  Now there’s a scientific study that proves the point. Researchers in Texas at Texas A&M University and Texas State University have concluded that gardeners who are older […]