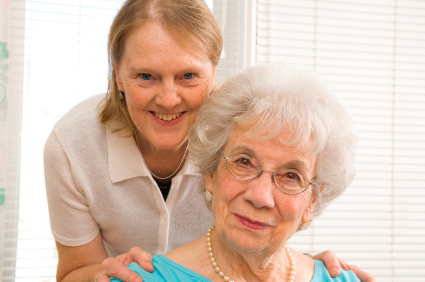 While the stress of caring for elderly or ill parents is nothing new to those in the “sandwich generation,” it has been gaining widespread attention in recent years. Medical professionals, employers, and family members all become very concerned when they see the pressures of caring for a parent taking a toll on an individual’s own well-being.

In a recent report titled “Stress in America: Our Health at Risk,” the American Psychological Association detailed its findings on the dangers of serving as caregivers for elderly parents in Vista or elsewhere without the assistance of a home care company. In fact, the chapter on caregivers opens the entire report.

Stress Levels For Family Caregivers Much Higher Than Others

As a group, caregivers reported higher percentages in nearly every stress indicator when compared with the nation as a whole. This is not surprising, since 1 in 3 caregivers spends a minimum of 40 hours a week helping a needy parent. That’s like adding a second full-time job to your existing responsibilities.

The problems do not end with stress, of course. Health issues related to stress, such as obesity, insufficient sleep, poor diet, and other destructive habits were found to be very common among caregivers. Without home health care to shoulder some of the burden, caregivers simply don’t have the time to exercise, prepare healthy meals, and follow other good habits. Poor health and frequent illness create additional stress and prevent these overworked family members from providing adequate care for their elderly loved ones.

In attempting to quantify its findings in a simple number, the APA devised a stress level scale from one to ten. Caregivers averaged a level of 6.5, while the general population averaged only 4.8.

Perhaps you are in the first stages of caring for an elderly parent. These findings can be discouraging, making it sound as if you are doomed to become a frazzled mess, torn between your children and your parents. But there is hope!

Most of these stressed individuals make the mistake of trying to accomplish this huge job on their own. If other family members pitch in and you are able to recruit the assistance of a reliable home care company, you will find your elderly parent’s health–as well as your own–much improved.

Remember that 6.5 stress level? The APA study found that among caregivers who felt they enjoyed adequate support, that number dropped to 5.9. Supported caregivers also displayed more clarity of thought about dealing with their stress in healthy ways.

The APA’s full report can be found at http://www.apa.org/news/press/releases/stress/2011/final-2011.pdf.