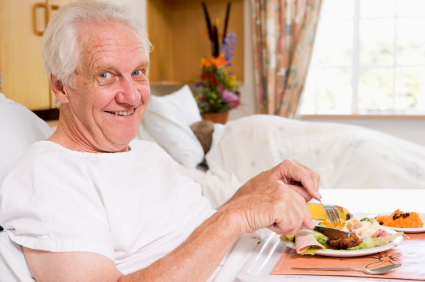 Many seniors assisted by caregivers near San Marcos suffer from diabetes, a common disease that at minimum causes daily inconvenience and at maximum can take the life of the victim. Science has developed many ways to combat and reduce the effects of diabetes, but so far has failed to discover a cure. Now, though, exciting new research holds out the possibility of surgery as a way to stop the disease from functioning.

As weight loss surgery became more popular, doctors began to notice a curious secondary effect that they had not anticipated. Many of the patients who had suffered from diabetes suddenly stopped showing symptoms—they were able to stop taking medications and insulin with no recurrence of their disease. The most logical explanation seemed to be that the patients dramatically changed their eating habits after surgery and therefore avoided diabetes trouble.

In a new report, health care professionals are finding out that one bright doctor suspected that there was a different explanation. The details are quite complicated, but the general theory is that the weight loss surgery changed the way the stomach communicated with the brain about glucose levels in the body. In Dr. Rubino’s mind, the next logical step was how to perform surgery on the stomach to achieve that change without the need for full weight loss surgery.

So far, there have been a few successful surgeries on both animals and humans, indicating that the theory is correct. Seniors and their caregivers have reason to be mildly optimistic about this new surgery, since the very obese have so far been the only people eligible for the kind of surgery that eliminated diabetes. If this new approach is reliably successful, it would allow anyone with diabetes to have it cured by surgery.

Experts do caution, however, that there have been plenty of diabetes cures proclaimed in the past, only to fall flat. Time will tell whether this is the silver bullet, a false alarm or something in between.