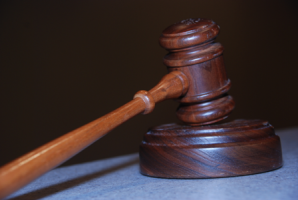 Hardly anyone enjoys filling out income tax returns. This time of year, however, all of us must either engage a professional to do it for us or camp out at the dining room table in a dangerous jungle of forms, receipts, statements, and strong coffee. As unpleasant as the task is, people who handle the financial affairs of elderly loved ones are responsible to do all they can to make sure that records are kept accurately and reported on time. A recent case in the U.S. tax court illustrates the danger of letting financial records sit on the back burner for those receiving companion care in Carlsbad or anywhere else.

During 2007, a New Yorkresident, Lillian Baral, paid $49,580 for the round-the-clock companion care that she needed. Her brother took care of all her financial bookkeeping, since Ms. Baral suffered from dementia. In a wise move, the two had established a power of attorney for Ms. Baral’s brother some time earlier, so that he could legally handle her finances. In most cases, if a person has documentation showing that he or she is chronically ill and needs constant supervision, expenses paid for companion care are tax deductible. Unfortunately, the brother neglected to send the IRS a return for Ms. Baral’s 2007 income taxes, and nearly two years later, the IRS took hold of the situation and notified him that Ms. Baral owed $17,681 in back taxes, according to their estimation.

Complicating the situation was the fact that Ms. Baral had already passed away, so her brother was handling the dispute from her estate. The problems could have been easily avoided, if the brother had correctly filed the return with her companion care expenses clearly stated. Instead, he ended up having to fight to prove that Ms. Baral actually met the qualifications for the tax deduction while she was still living. In addition, in court he can not claim a deduction for any expenses that are not accompanied by receipts proving that they were paid for qualifying medical services and products—a tall order, given the fact that the transactions are several years old.

How can you avoid this nightmare for a loved one receiving companion care in Carlsbad or elsewhere? Keep careful records, don’t throw out any receipts, and make sure that you can document exactly how your loved one’s money is being spent on companion care. Even though it may seem like yet another burden right now, you could save yourself from an exhausting and expensive argument with the government later on.