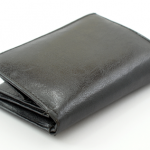 Elder financial abuse is a huge topic of concern among those providing companion care for elderly persons. Its prevalence and even its increase over recent years, as detailed in a recent publication by MetLife, shows that it is an issue deserving concerted attention by both caregivers and lawmakers. While recent laws passed in the U.S. Congress will hopefully raise awareness and protect more seniors from financial abuse, in the meantime it is important for family members and in-home caregivers to familiarize themselves with the extent of this disturbing crime.

According to MetLife’s recently published survey of news stories, financial abuse of the elderly results in losses totalling $2.9 billion each year. This staggering amount of money makes it into the pockets of not only strangers (in 51 percent of news articles) but also friends, family members, and neighbors (34 percent). The remaining news articles described losses due to corporate exploitation and Medicaid/Medicare fraud.

Those who provide companion care for elderly persons are often shocked to hear that many financial abuse crimes are committed by family and friends of seniors. Often, elders who have a significant amount of money in their retirement account become tempting targets for people who are experiencing a financial crisis. Deceiving vulnerable elders and taking their money may seem to be the only way out of trouble.

According to this study, most victims of financial abuse are over 80 years old, live alone, and require assistance on a regular basis. A potential criminal who spots these characteristics knows that they are likely to be able to deceive or force the senior to give them money or valuables without risking resistance. In keeping with this scenario, over one quarter of the incidents reported in the news from November 2010 through January 2011 were single attacks by strangers, or “mugging” type thefts.

If you are interested in reading the complete study report, you can find the very readable document at The MetLife Study of Elder Financial Abuse. One encouraging finding of this research is increasing action by lawmakers to provide more financial protection for seniors. With a continued focus on this critical issue, it is essential that companion care for elderly persons throughout the country become safer and more trustworthy over the next few years. It is up to those closest to vulnerable seniors to make sure that they are protected from both strangers and friends who may be tempted to steal from them.