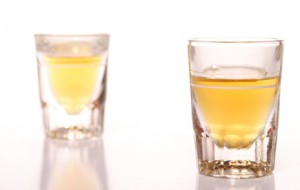 Elder abuse victims who suffer severe traumatic injuries are more likely to be female, suffer from a neurological or mental disorder, and to abuse drugs or alcohol, according to research published in the March issue of the Journal of the American Geriatrics Society.

“Past studies have shown that alcohol abuse by the perpetrator plays a substantial role and is strongly associated with physical abuse,” says Lee Friedman, assistant professor of environmental and occupational health sciences at the University of Illinois at Chicago and lead author of the study. “Our findings indicate that alcohol abuse among the victims may be an important contributing factor as well.”

The abuse victims in the study tested positive for alcohol at a rate that was more than twice that of victims in a control group.

The elderly victims of physical abuse in this study suffered more severe injuries than their non-abused counterparts. They also suffered disproportionately from pre-existing medical conditions such as heart disease, dementia and Alzheimer’s disease, mental illness and alcohol abuse.

Eighty-five percent of the perpetrators were family members or intimate partners. In most cases, the abuse was not identified until after the admission process or several days into hospitalization.   The failure of medical staff to properly identify abuse victims and contact adult protective services in the majority of cases shows that clinicians need to better understand elder abuse, Friedman said.

The research was funded by a grant from the Retirement Research Foundation. Co-authors are Susan Avila and Dr. Kimberly Joseph of the John H. Stroger Hospital of Cook County and Kathy Tanouye of Advocate Lutheran General Hospital in Park Ridge, Ill. Friedman’s work on the project predated his joining the full-time faculty at UIC.