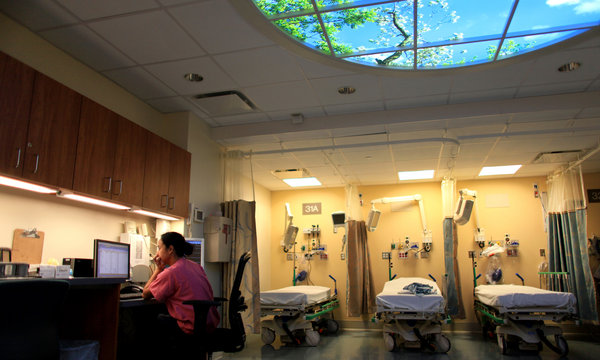 Following up on a story that we highlighted last week:  There is a growing trend of hospitals trying to cater to the medical needs and sensibilities of aging baby boomers and their parents. Mount Sinai opened its geriatric emergency department, or geri-ed, two months ago, modeling it in part after one at St. Joseph’s Regional Medical Center in Paterson, N.J., which opened in 2009.

Trends like these are of great interest to adult children of elderly parents.  In San Diego County, there are not yet any such centers, but that will probably change soon.

Dr. Mark Rosenberg, chairman of emergency medicine at St. Joseph’s, said he had consulted on more than 50 geriatric emergency rooms to be opened across the country, from Princeton, N.J., to California, overcoming initial resistance from doctors and nurses who saw assignments to the units as scut work.

Hospitals have strong financial incentives to focus on the elderly. People over 65 account for 15 percent to 20 percent of emergency room visits, hospital officials say, and that number is expected to grow as the population ages.

Under the Affordable Care Act, the health insurance overhaul passed by Congress in 2010, hospitals’ Medicare payments will be tied to scores on patient satisfaction surveys and how frequently patients have to be readmitted to the hospital. (The Supreme Court is considering whether to overturn another section of the law, and if it does, whether it would have to throw out the entire law.)