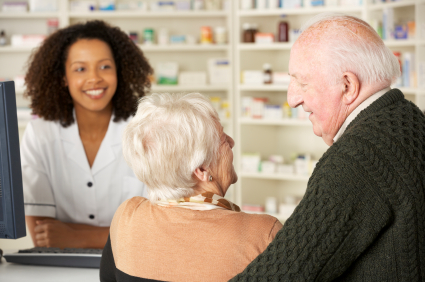 Macular degeneration is a familiar problem to those involved in home health care in Rancho Santa Fe. As the blood vessels in the eye deteriorate with age, they damage the eye’s delicate light-processing structures and cause loss of vision.

A new study indicates that the frequent use of aspirin could be a factor in the development of one type of age-related macular degeneration (AMD).

In a large-scale study conducted by a team of European scientists, a team observed 4,700 seniors from nations across the continent of Europe. They investigated connections between AMD and a number of different health factors, some of which are already known to impact eye health.

Seniors who took aspirin every day were generally more likely to develop “wet” AMD, which is more advanced than the more common “dry” AMD.

Medical experts, including those involved in the study, agree that it is premature to assume that taking aspirin frequently will lead to macular degeneration. More focused research will determine if and how aspirin’s components affect the eye, but until then this preliminary study at least indicates that it could be a factor.

Because aspirin is an important prescription for fighting serious health risks like heart disease, in general seniors should not feel that the threat of AMD outweighs aspirin’s known benefits.

San Diego in-home care experts are already aware of some negative side effects that aspirin can produce. It is known to cause ulcers and internal bleeding under some circumstances, so doctors use caution when prescribing it for daily use.

Given the high rate at which macular degeneration afflicts seniors, we can expect to see further investigation into aspirin’s possible role in it before long.