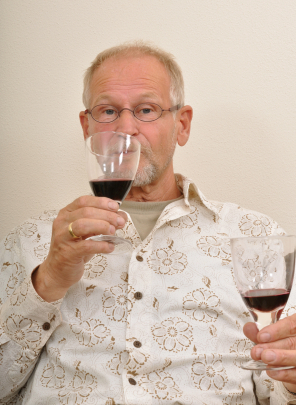 In many cases, America’s seniors have a drinking problem.

Not all seniors, of course, but as a broad population, the elderly have a few things going against them in the area of alcohol that many younger people don’t. One of the biggest of those things is the fact that doctors often overlook or don’t think to ask about drinking habits when diagnosing health problems.

Caregivers should learn about the dangers of combining alcohol and prescription drugs. At a minimum, alcohol can neutralize the effect of many drugs, and it creates hazardous side effects with quite a few others.

If seniors continue long-held heavy drinking habits while trying new prescriptions, they could end up in the hospital with serious complications. Unfortunately, research shows that doctors too often forget to ask seniors about their alcohol consumption before prescribing drugs. Sometimes, a health problem is the direct result of heavy drinking, but that doesn’t occur to a doctor as a possibility.

Helping their clients engage in healthy behavior is one of the goals of home health caregivers.  In Solana Beach and elsewhere, caregivers can become discouraged in trying to change clients’ old habits. Many people think of the elderly as people who are set in their ways and resistant to change.

However, all that is needed is good communication skills to raise the issue with a beloved senior and help them see that their health depends on making good choices. Measures that younger people might resist, such as group meetings and therapy, actually may appeal to to elderly people who enjoy conversing with others.

Probably the biggest influence in convincing a senior to stop drinking or to avoid increasing alcohol intake is family. If the elderly feel surrounded by loving companionship and fulfilled in their social life, they are less likely to feel like they need the temporary refuge that alcohol brings. Professional in-home caregivers can’t always do it completely on their own, but with the help of family they can help seniors find healthier ways of recreation.