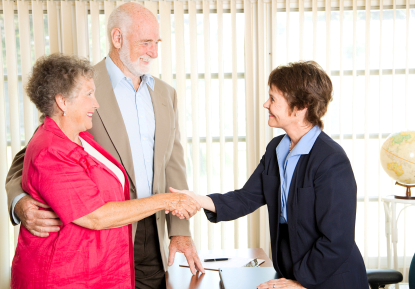 Elders under in-home care in Poway may be living in the worst state in the nation when it comes to one specific pitfall involving attorneys fees in trusts and conservatorships.

While most other states have legislated protections against this issue, California has lagged behind, so much so that a judge recently stated in his own ruling that he was forced to rule against his own sense of right because his hands were tied by the law. The problem arises when a senior who has received legal services as a result of a trust or conservatorship tries to sue his or her lawyer over excessive legal fees.

If an elder goes to court for some reason in these specific circumstances, they expect to pay a lawyer a reasonable amount for representation. But if the bill appears excessive, a natural response is to question it and perhaps even file a lawsuit to force a lower fee. In California, lawyers sometimes respond to such a lawsuit by, in turn, demanding even more money to cover the lawyer’s own defense costs!

Even though the new amount is significantly higher than even the original excessive legal fees, California courts do not have legal grounds to deny the demand out of hand. Efforts are underway to change this situation, but for the present, all seniors and their families should do all they can to avoid falling into this difficulty in the first place. One important way to do this is to be very careful about selecting a conscientious lawyer who values the well-being of his or her clients.

Sometimes court is the only place that a wrong like a personal injury can be righted. But if a lawsuit leads to exorbitant lawyer fees, only to later be compounded by an attempt to have the fees lowered, the senior is in a worse situation than before. If a loved one needs legal services, make sure the lawyer you choose to work with is one that will help them get the help they need.