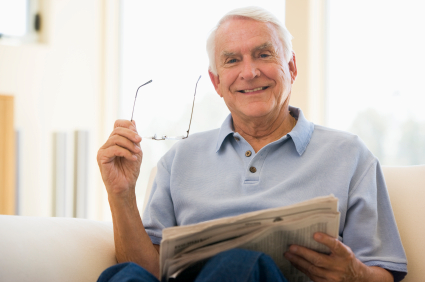 The march toward more successful tactics against Alzheimer’s disease has been a very slow one. Those who have loved ones afflicted, as well as in-home caregivers near Del Mar and throughout the country, keep their eyes on the news, hoping for an important breakthrough in research. But most of the steps toward fighting the disease are small ones, each new idea building on the ones that came before it.

Doctors now have a new tool for a very specific purpose in the area of Alzheimer’s disease: A brightly colored dye that seeks out and attaches itself to amyloid plaques in the brain. While these plaques are always present in Alzheimer’s patients, they also appear along with dementia, and even in the brains of elderly adults who show no signs of cognitive decline. Therefore, the specific purpose of the new test is its ability to rule out Alzheimer’s disease, if it shows that no amyloid plaques are present.

In-home caregivers in San Diego County and elsewhere understand that it can be very stressful for an aging adult to wonder whether his occasional memory slips are a normal part of aging or an indication that Alzheimer’s disease is setting in. A visit to the doctor for this simple new test could set the minds of many seniors at ease if they can get some confirmation that they are not coming face to face with the illness. But while the presence of amyloid plaques would suggest the possibility of Alzheimer’s, it could not confirm it since there could be other reasons for the plaques.

The dye test is just another small step that scientists and doctors are taking in order to better understand this mysterious disease. For one thing, it can give researchers a critical foothold as they study populations of older people. If they can determine certain individuals who definitely do not have Alzheimer’s disease, they can better follow its development and hopefully come closer to discovering its cause and antidote.