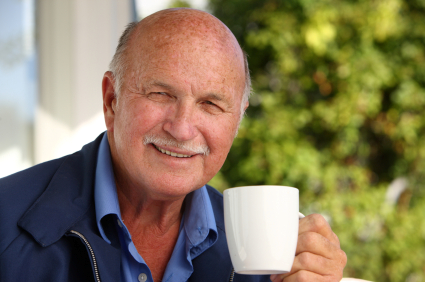 The fact that that coffee is more than just a drink is well known to in-home caregivers.  In Valley Center and elsewhere, it’s a cultural icon that plays an important part in entertaining, sharing special times together, and bringing back memories with its intoxicating, nutty aroma. But did you know that coffee can even help you retain those special memories longer?

Over the course of a few years, scientists sought to prove their hypothesis that a moderate amount of coffee intake each day could impede the progress of dementia. They studied a large group of seniors (over 65 years old) who fell into three different categories at the beginning of the study: Each subject had normal mental function, mild cognitive impairment, or dementia.

The particulars of the study were quite complex, measuring the exact level of impairment of each individual multiple times, but at the end the researchers did come up with some concrete answers.

The highest measurable benefit of drinking a moderate amount of coffee each day (about five cups) was for those with mild cognitive impairment. The caffeine content slowed the onset of dementia in those subjects by several years.

This is important news for seniors with MCI and their in-home caregivers. While five cups a day is not meant to be a prescription for mental health, the study results do indicate that coffee’s caffeine content is effective in strengthening the brain. So go ahead—pour that extra cup!

Part of a Healthy Diet

In-home caregivers near Valley Center play a critical role in their clients’ nutritional lives. Science has shown over the last few decades how important nutrients like antioxidants and anti-inflammants are for warding off mental decay. If caregivers are aware of these benefits, they can help by making sure that seniors eat brain-healthy foods.