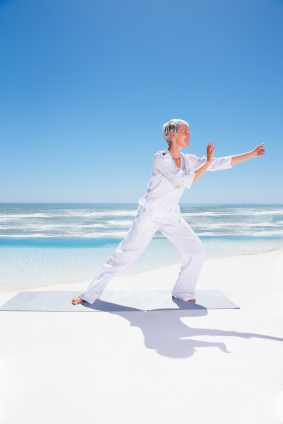 The ancient exercise form of Tai Chi has been a staple of Chinese culture for many centuries. People of all ages, but particularly the elderly, find it a great way to relax and focus the mind and body amidst the fast pace of life. Now, researchers are finding that it does more than just provide a short-term respite from stress: it can also help those at risk fight against the onset of dementia and Alzheimer’s disease.

Those who know most about Tai Chi are not surprised to find out that it has valuable long term benefits. But the average in-home caregiver near Oceanside or elsewhere, who is unfamiliar with the activity, may be fascinated at the results of a recent study that sought to find out just how helpful it can be. Over the course of nearly ten months, scientists observed 120 elderly subjects in Shanghai, China to see how those that regularly practiced Tai Chi differed from those that did not.

Oceanside in-home caregivers as well as those in other cities would do well to advise some clients to take up Tai Chi, based on the study’s positive results. Instead of the normal brain shrinkage that occurs in people over the age of 60, the researchers found that the brains of Tai Chi enthusiasts actually grew larger. This is an indication of a stronger brain, more mental acuity, and better defense against decay.

What it Means For In-home Caregivers in San Diego County

When caregivers can encourage elderly clients to take up Tai Chi—or even teach it to them—they may be doing them a great service. As a very low impact exercise, it is relaxed enough for even seniors with limited mobility, and its mental benefits are as pronounced as those of more strenuous exercise forms. Perhaps seniors in San Diego County will soon discover what the Chinese have known for centuries: Tai Chi is very good for your brain.