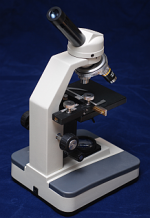 Individuals who have diabetes are very familiar with the need to take periodic insulin boosts in the form of shots or nasal sprays. A new study, however, shows that caregiving in Scripps Ranch for Alzheimer’s disease patients could be helped by insulin as well.

Doctors have suspected for some time that some of the benefits insulin provides to the body could have a slowing effect on the damage caused by Alzheimer’s disease and dementia. While far more research is necessary to pinpoint exactly how these conditions affect an aging brain and how they can be prevented, scientists are learning that insulin plays an important role in powering the mind’s cognitive and memory functions. By adding extra insulin to the body, the hope of researchers is that those functions could be strengthened as a defense against dementia and Alzheimer’s. The focus of the insulin’s effect on the brain appears to be an increased production of glucose, which aids in memory.

The recent research study, conducted at a health care center in Washington state, sought to find out whether a schedule of periodic insulin injections similar to those taken by diabetes patients could have a measurable positive effect on memory and cognition. Because of its quicker and more direct delivery of insulin to the brain, a nasal spray was used rather than shots, and all the participants in the study (over 100) already suffered from either minor memory problems or early Alzheimer’s disease. In general, the results did indicate that the subjects who received insulin scored better on memory tests than those who did not. One unexpected finding, however, was that individuals who took unusually high doses of insulin actually scored worse on tests than those who received more normal amounts.

Using insulin to hinder the effects of Alzheimer’s disease is in the very early research stages, and scientists plan to continue studying exactly what it does for the brain. For individuals, families, and partners in caregiving in Scripps Ranch and throughout California who have been eagerly waiting for news of help in fighting this mysterious disease, this recent study is an encouraging sign that an effective solution may not be far away. If caregiving for diabetes patients could include treatments that increase the brain’s health through insulin, many elderly people could enjoy additional years of life free from the destructive effects of dementia and Alzheimer’s disease.