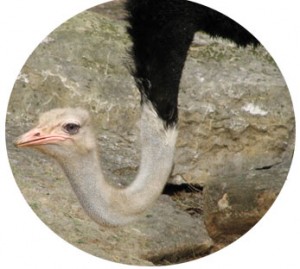 Hiding from the Truth?

Forgetting things? Having trouble concentrating? Getting irritated? Losing things? Getting lost? Are these things we need to worry about? I don’t think any of us can honestly say we’ve never answered, “Yes”. If you answer yes to these questions, you might be normal. Then again, you may have ADHD or some other disorder. You may also be exhibiting some of the early warning signs of dementia.

I’m sorry I forgot to call you. Must be my Alzheimer’s acting up.

Dementia…Alzheimer’s…whatever you call it, it’s scary. It’s not something most of us really want to think about. Losing our memories, losing control, losing…it’s just…losing. From my experience people in their late 30s and older tend to fall into one of three camps:

How about those mid-semester progress reports?

Knowledge about the issues associated with aging is, in many ways, similar to knowledge about issues that face us in other stages of our lives. If you were a student, for example, you might have a few options concerning knowledge of your progress. Would you rather:

Along the same vein, if perhaps a bit more serious, what would you want to know about a potentially high-risk pregnancy (yours or a loved one’s)? Would you have in-utero testing done to find out if there were problems? Would you skip the testing and just carry on with the pregnancy? I know that finding out something is wrong with your baby has got to be one of the scariest things ever…but what if the problem ended up being something that could be fixed in-utero? What if an extra dose of vitamins could make it better? Ok, so the last was simplistic, but you know what I mean. Would you find out early, and take a chance on having to live with the knowledge that your child was going to have some kind of a problem, or…not?

There’s something to be said for plausible deniability, but this isn’t it.

I get that as long as something’s only a suspicion it’s not real. If you only think that you, or a spouse, or a parent, have a problem, you really might not. No, that doesn’t make sense, but that’s the way our minds work. I don’t know who said it, but “Denial ain’t just a river in Egypt” is such an accurate quote. As long as we don’t know the truth, we can deny the possibility.

Unfortunately, denying the possibility of a problem also means denying the possibility of preventative or palliative measures. In the case of Alzheimer’s or related illnesses, I think I’d rather know before it happens that it might. I’d like to believe that I would subscribe to vitamin rituals, memory exercises, and whatever medical treatments my physicians advised — rather than succumbing to fear and self-pity. I would hope that foreknowledge would make me more aware of the passage of time and the people that I want to spend it with.

November 17th is National Memory Screening Day. A Servant’s Heart Care Solutions and other healthcare providers will be offering free, confidential memory screenings for anyone in the community who feels the need for them. They’ll provide education and information on memory and aging. While they won’t be diagnosing illness, they will be able to give information on what you need to look out for. I’m going to encourage the seniors in my life, and I’m talking about everybody 55 and older, to get screened. What about you?

5 Questions to Ask Yourself

Do you get lost?
Do you lose things?
Do you have trouble concentrating?
Do you forget things?
Do you want a baseline so that you’ll be able to measure your memory performance later?

1 Question to Answer (for me)

Do you, or someone you know, plan to participate in a free memory screening in your area? Why (or why not)?