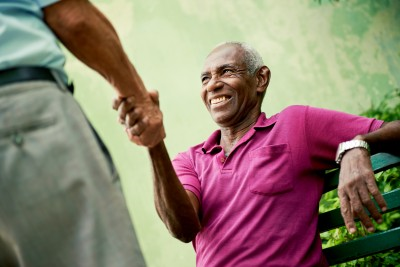 Scientists didn’t realize just how beneficial vitamin B is to seniors who are facing the possibility of dementia or Alzheimer’s disease. Each senior and personal attendant near Solana Beach should take note of a new study that is making headlines in the medical community, and suggests that one of the best ways yet to fight cognitive decline has been in front of us all along! Vitamin B is an inexpensive, readily available supplement that has a powerful effect on the ability of the elderly brain to retain its functionality.

For years, companies have been working overtime to develop a drug that could slow or stop the decay of the brain in old age. Disappointment has been the primary result, with only a few ideas showing moderate promise. But when doctors tried vitamin B on a select group of seniors, they were surprised to discover that it greatly outperformed all attempts so far to help the brain fight off decay.

Early Use is Most Effective

As with most possible solutions, vitamin B seems to be most helpful in staving off dementia and Alzheimer’s disease when seniors start taking it earlier rather than later. Because it appears to slow brain decay (but not reverse it), once the damage is already done, it is too late for vitamin B to help. With the help of a personal attendant in San Diego County, though, a senior may be able to prolong mental acuity for a significant amount of time.

In addition to taking vitamin B, doctors are now stating that exercise, activity, and good diet are the best known factors in preserving mental function long into old age. A professional caregiver is a valuable asset in accomplishing these goals, helping seniors get out of the house, enjoy the outdoors, and stay engaged with other people.

We use cookies to ensure that we give you the best experience on our website. If you continue to use this site we will assume that you are happy with it.Ok