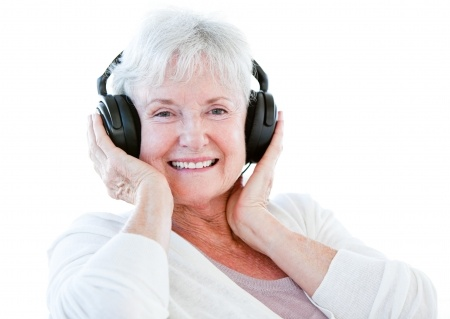 Many of us share memories of taking music lessons as children. A few of us continued to develop our talents and became accomplished musicians, but most of us abandoned our musical careers before they really began. However, scientists are discovering through research that those childhood hours spent practicing scales and singing “do, re, mi” yield tangible benefits–even into old age. Today, senior care in Oceanside takes a look at these surprising findings.

To test their hypothesis that music instruction at an early age improves mental ability, the researchers assembled a group of seniors with such instruction in their past and compared certain mental processes with those of seniors who had never taken music lessons. To most of us, the difference in the test results would be nearly imperceptible, but the researchers and other doctors who have viewed them say that the findings are indeed significant.

How is Music Good for the Brain?

The mental activity that this study measured was of a very basic nature: reaction time to a simple stimulus (that is, a sound). When taken together, the average reaction time of seniors with music in their childhood was a tiny fraction of a second faster. This fact is worth studying further, because it concerns a major feature of little-understood cognitive decay like Alzheimer’s disease. Even better for most of us, the research suggested that adults who take up music at a later age can expect to reap the same benefits.

Eldercare in San Diego County knows that taking up a musical instrument late in life is immensely rewarding. Many seniors have plenty of time to practice, without too many other responsibilities to handle. And with a life full of love, adventure, and experience behind them, who better to explore the artistic expression that music has to offer? Best of all, as far as we know today, music is one of the best ways to retain cognitive sharpness as long as possible.