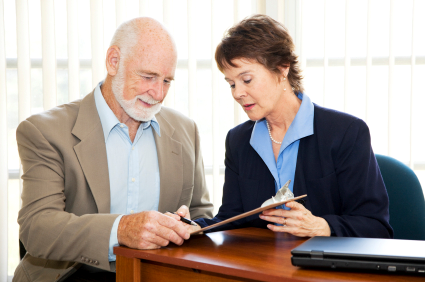 Professional caregivers near Scripps Ranch and throughout the United State sand Canada are becoming increasingly common as the number of retired baby boomers grows. Most of these caregivers are dedicated, trustworthy individuals, but some are in the business simply to make a profit for themselves.

Every so often, a story of elder abuse highlights the need for seniors and their families to exercise caution when choosing a caregiving partner.

Mrs. Wasiuk, a retired real estate businesswoman, did not want to spend her final years in a nursing home. With no family in her home town of Toronto, it looked like she had no other choice until a worker at a rehab facility offered to let Mrs. Wasiuk move in with her family permanently. Deciding to trust the worker, Mrs. Wasiuk took the offer and thought that her later years would be comfortable and provided for.

In the space of a few years, Mrs. Wasiuk found herself living in a small apartment over the garage of a large home which her new caregiver had guided her to purchase. While Mrs. Wasiuk’s living conditions were uncomfortable, lonely, and not suitable for her handicapped condition up in that small apartment over the garage, her “caregiver” and the caregiver’s family members were making full use of the main house.

In effect, the caregiver from the facility conned Mrs. Wasiuk into buying a new house for the caregiver to use while the caregiver held Mrs. Wasiuk hostage in the apartment over the garage.  Eventually, though, Mrs. Wasiuk found the courage to approach a neighbor for help, and today lawyers are preparing to take the situation into court to resolve the issues.

Whatever the outcome of Mrs. Wasiuk’s predicament, she has already lost a substantial amount of money, comfort, and time due to abuse by selfish caregivers. Seniors and their families must take the time to thoroughly interview and get to know an individual before entrusting finances and authority to them. No matter how upstanding caregivers may appear at first glance, you can never be too careful with a loved one’s safety.