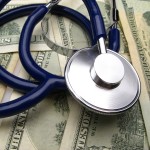 We have been dismayed at the way that governments in general, and the Federal and California legislatures in particular, treat employers as if they were cash dispensing machines.  The largest and most egregious example of this in recent memory is the Federal government’s health care takeover reform plan.

With the stroke of a pen, and without benefit of actually reading the new law, the Congress and Mr. Obama have saddled American employers with enormous new costs by mandating that employers must either provide health insurance for their employees or pay a fine.  Doing either one will result in significant inflationary pressure on prices, since we will all have to pass on that cost to our customers.  Based on what we know so far, we will have to increase our prices by almost 50%, just to cover the added cost!

Interestingly, the new takeover reform plan offers employers a choice between providing coverage and just paying a fine.   The cost of the fine is lower than the cost of providing coverage.  Most employers will take a close look at that and decide to pay the fine.  A recent article in the Minneapolis Star Tribune takes a close look at that issue and predicts that most employers will do just that, pay the fine.   Even more interestingly, many employers who currently offer insurance, but not paying for all the cost, may decide to drop the insurance and just pay the fine, also, since that will be less costly for the employers.

(By the way, don’t miss this:  The effect of so many employees being forced into the governments’ “exchange” programs by virtue of the employers paying the fines may ultimately result in a situation in which governmentally-controlled exchanges end up covering most of the citizens who work for private industry.  In that case, we will effectively have ended up with a single-payer system, which is a long-held dream for those who are currently in charge of the Senate, the White House, the California legislature and the office of the Governor of California.)

Health care reform presents hair care giant Regis Corp. with a dilemma.  The Edina-based company, which operates Regis Salons, Supercuts and MasterCuts among others, estimates it could cost $70 million to $90 million to provide health care coverage for roughly 32,000 workers that would be eligible in 2014, when the new law’s corporate mandates kick in.

If Regis dropped coverage and let workers purchase insurance on their own, the penalty could cost half that — $40 million.