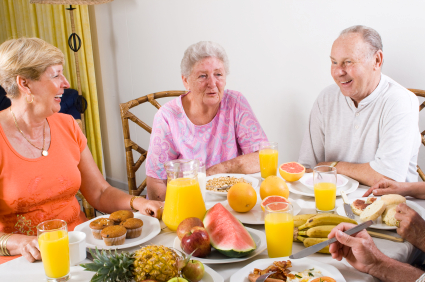 You probably already know that fresh grapefruit and grapefruit juice are packed with important nutrients. Some of this fruit’s well-known health benefits are particularly important for elderly people–it can lower the effects of arthritis, help prevent cancer, and boost immunity against disease. But home caregivers near Valley Center and elsewhere should take note of a recent update that the FDA issued about combining grapefruit with certain common drugs.

Why Does Grapefruit Affect Drugs?

Grapefruit juice affects the enzymes and proteins that are at the center of the body’s ability to distribute medications throughout the system. With some drugs, grapefruit juice interferes with this distribution system and increases their effects beyond their intended levels: in effect, it creates an overdose. With other drugs, the juice’s nutrients block their ability to absorb into the cells that they are intended for. The situation is complex, and it is even harder to manage given the fact that each individual’s body has a unique enzyme and protein composition to begin with.

What Drugs Should In-Home Caregivers In San Diego County Look For?

A wide variety of drugs have the potential to interact adversely with grapefruit. Family members and in-home helpers should take the time to read each drug’s label carefully or ask a pharmacist/doctor about any known problems. Here are some of the more commonly used drugs that shouldn’t be combined with grapefruit or its juice:

Other Concerns About Fruit Juice and Medications

You might be surprised at what other food products contain grapefruit juice. Check other fruit punches or drinks to make sure you know whether grapefruit is in it. There are two similar citrus fruits that have the same effects as grapefruit on drugs: Seville oranges and tangelos. If an elderly person is avoiding grapefruit, he or she should also avoid those two fruits.

You can read the original report here.