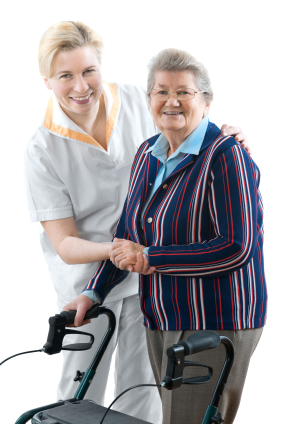 The leading cause of disability among adults is stroke. The older people become, the more vulnerable they are to a stroke, and the more difficult it is for their bodies to recover their strength. There is plenty of attention given to this problem in the medical world, but one pharmaceutical company is focusing on a unique aspect of it.  This is potentially exciting news for stroke victims, their families, and their providers of home health care.  In Escondido and elsewhere, this could make a give difference in the care options for stroke survivors.

There are drugs on the market today that are able to hinder and minimize the damaging effects of a stroke on the brain. These drugs quickly dissolve the clots that block blood from reaching the brain, thus restoring the blood flow as soon as possible and reducing the number of brain cells that die. The only issue is that this drug must enter the system within a couple of hours in order to provide help.

A company named Acorda is working on a drug that would, in theory, help damaged nerves work again—over six months after a stroke has damaged them. This would benefit a huge number of people who currently have little hope outside of rigorous physical therapy for regaining the use of limbs and other functions impacted by strokes long ago. Family members and home health care providers in Escondido are keeping a close eye on Acorda’s upcoming clinical trials to see if the drug really works.

Elderly stroke victims in Escondido and elsewhere who now rely on the help of in-home caregivers cannot usually keep up with the strenuous physical activity required to reverse stroke damage. If successful, this drug could give these people an alternative, allowing them to do things that have only been a dream since their stroke occurred. Doctors anticipate that physical motion would still be an important part of recovery, but Acorda’s drug would make it possible for many people who can’t even start the process today.