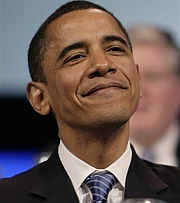 On December 15, 2011, the White House announced that the U.S. Department of Labor’s Wage and Hour Division will publish a proposed rule that will effectively end the companionship services exemption for home care aides. The proposal will revise the companionship and live-in worker regulations under the Fair Labor Standards Act to more clearly define the tasks that may be performed by an exempt companion, and to limit the companionship exemption to companions employed only by the family or household using the services.

In addition, the Department of Labor proposes that third party employers, such as in-home care staffing agencies, could not claim the companionship exemption or the overtime exemption for live-in domestic workers, even if the employee is jointly employed by the third party and the family or household.

Caregivers employed by employer-model companies such as A Servant’s Heart Care Solutions could work no more than 40 hours per week unless they were paid time-and-a-half overtime pay.  In order for that to be economically feasible, the companies would have to charge the clients and their families a corresponding time-and-a-half overtime rate for all hours worked in excess of 40 hours per week.

As a practical matter, most clients and their families will decide not to pay for the overtime premium, and instead will choose to receive care from more than one caregiver if they need more than 40 hours of caregiving service per week.

Also, employer-model home care companies will not be able to offer more than 40 hours per week of employment to their caregivers.

Clients will have to choose between paying drastically higher bills having more caregivers involved with their care.  The detrimental impact of higher bills is obvious.

The detrimental impact of having more caregivers involved in their care is that the continuity of care that they receive will decrease.  One caregiver can be more effective than two, in most cases, because the client and the caregiver develop a very effective working relationship when only one caregiver has to learn the routines and understand and interpret the client’s expressions and moods.

Having to work for multiple employers

Loss of  afternoon or morning shifts

When a caregiver works with one client in the morning and then with a second four-hour shift in the afternoon, the employer is required to pay the caregiver for the time and mileage spent driving from the morning client to the afternoon client.  President Obama’s order means that that travel time will, in effect, be paid at time-and-a-half overtime rates.  Most home care companies will decide either to not to offer two four-hour shifts to their caregivers, or to reduce their hourly wages to cover the difference.

There have been numerous Federal and state legislative actions during the past few years that have significantly increased the cost and risks of doing business as employer-model home care companies in California.

President Obama’s order is yet another such action, and is one more reason for employer-model companies to either stop offering employer-model services, or to start offering non-employer model services so that the agencies can offer caregiving help to the public at a rate that the public can afford, while avoiding many of the risks and costs of being the caregivers’ employer.

When caregiving services are provided by a non-employer caregiving agency, the worker may be the client’s employee or an independent contractor depending on the relationship the client has with the worker.  If the client directs and controls the manner and means by which the domestic worker performs his or her work the client may have employer responsibilities, including employment taxes and workers’ compensation, under state and federal law.

Underground Economy” refers to the situations in which families privately hire caregivers and neither they, nor the caregivers, report the wages paid to the caregivers.  The Federal and state governments never receive taxes for those wages.  In effect, there is an entire economic ecosystem that is “underground” and never sees the light of day, from a tax standpoint.

President Obama’s Order Will Harm Seniors and Home Care Workers – So Why Is He Doing It?

That’s a great question.  We hope that the American people ask him that.