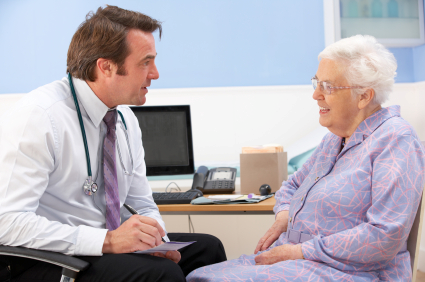 For years, we’ve been hearing that some physicians, instead of continuing to try to cope with rising patient numbers and low Medicare reimbursements, have decided to opt out of the program altogether. This trend will eventually have a large impact on the large number of Medicare-covered elderly patients using home health care.  In Leucadia and elsewhere, it is a decision that limits the number of other clients the doctor can expect to see because of the number of patients on Medicare is growing along with the number of elderly persons in the population as a whole. As new research shows, though, what used to be an occasional event is now disturbingly common: doctors are closing their doors to Medicare in large numbers.

As providers of home care near Leucadia, we are familiar with the problem that crops up when a doctor decides not to accept Medicare reimbursements any longer. It is hard to find a new doctor that can get along with a senior right off the bat, and can also quickly size up current prescription and other health needs. If the exodus of doctors from Medicare continues at this rate, it could become much harder.

Doctors Most Likely to Leave Medicare

Certain types of doctors are more heavily affected by the low reimbursement rates that Medicare offers. These physicians—dermatologists and rehabilitation specialists, for example—are departing in higher percentages than other doctors such as radiologists and pathologists. Lawmakers recognize that these low payments are a problem, but an effective solution has eluded them for many years.

Important Facts for Home Health Care in Leucadia to Know

Those who provide home health care in Leucadia and elsewhere should be aware that the Medicare ship could soon become a much less safe vessel if doctors continue to abandon it. Not only could favorite doctors no longer be available, but it could become much harder to get appointments with the few doctors that still accept it. Ready for even more bad news? The recent changes to the Medicare system will add an estimated 16 million eligible patients by 2019.