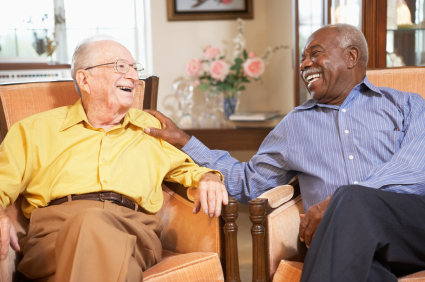 Of all the good reasons to hire a company to provide in-home personal attendants in San Marcos instead of sending a loved one to live in a nursing home, the following story may illustrate one of the best reasons.

It’s no secret to anyone that nursing home care is expensive, but most of the time, if a senior’s adult children can not afford it Medicaid (called “Medi-Cal” here in California) foots the bill. But what happens if Medicaid coverage is not yet approved when the bill comes due?

Stuck in the Middle

An elderly parent in Pennsylvania recently spent some time in a nursing home, recovering from car accident injuries. She applied for Medicaid, since she could not afford to pay for the care herself, but by the time she left the facility the Medicaid approval had not come through yet. Instead of waiting for the approval, the nursing home decided to sue one of the lady’s adult sons for the full $93,000 bill.

The son argued in court that the nursing home should have waited for the Medicaid funding, sought a way to include other family members in the solution, or looked into other payment options.  However, the court decided in favor of the nursing home.

This decision leaves the son liable for the total $93,000 bill. Supporting the decision is a state law, shared by many other states, that charges family members with the ultimate responsibility for “indigent” parents—those that are too poor to pay for required care.

The basis for this finding is a provision in Pennsylvania state law called a “filial responsibility” statute.   Under such state statutes, the adult children of indigent adult parents are responsible for the cost of their parents’ care, regardless of other sources that the providers of that care could consider pursuing, including Medicaid funds.

Except as otherwise provided by law, an adult child shall, to the extent of his or her ability, support a parent who is in need and unable to maintain himself or herself by work.

Choosing to hire a personal attendant near San Marcos may be a way to avoid getting into trouble over similar high nursing home bills, in cases where the parent needs intermittent hourly visits instead of around the clock care.  In such cases, the cost for those visits will often be less than the cost of nursing home care.

Financial experts also strongly recommend that aging people purchase a long-term care insurance policy. These policies take the pressure off family members for paying for nursing home care and other services, like a personal attendant in San Marcos.

Finally: If you DO have to apply for Medicaid to cover high costs, do so as quickly as possible, making sure to follow all requirements so that there are no delays later.