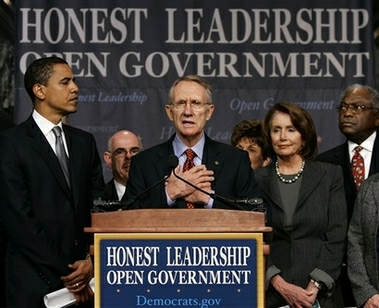 Another Key Component Of The Healthcare Takeover Act Fails

An audit program that the Obama administration promised would combat Medicaid fraud has cost taxpayers about $102 million since 2008 while identifying less than $20 million in overpayments, according to a report released by the nonpartisan Government Accountability Office on Thursday.  This was covered in the Los Angeles Times.

This admission of failure to deliver results is important because projected savings from “eliminating waste and fraud” was a key promise made by Obama, Pelosi and Reid in claiming that their national healthcare takeover law would not cost the government any money.

This situation is yet another example of how the promises made by the government in order to obtain passage of the healthcare takeover act are not being kept.

In one stunning admission, a government bureaucrat said, “In many ways, these programs resemble a funnel through which significant federal and state resources are being poured in and limited results are trickling out,” ( This confession was made by Ann Maxwell of the Department of Health and Human Services’ inspector general’s office).