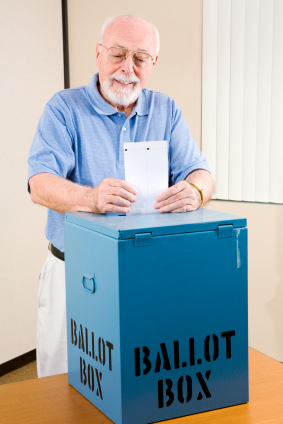 We all knew it would happen this way: The day Republican presidential candidate Mitt Romney announced his pick for vice president, the opposing side drew their weapons and started going to town. At the center of the Democratic attacks is Paul Ryan’s opinion about Medicare, and if you believe his critics, you might think that his plan would leave seniors destitute and unable to pay for prescriptions or companion care. In San Marcos and throughout San Diego County, seniors and their families should try to obtain a balanced view of the Republican ticket as it relates to health care.

One thing is for sure: Paul Ryan believes the Medicare system is broken and needs a serious overhaul. The Democratic spin on that is that Ryan irresponsibly wants to end the system and leave seniors suddenly responsible for their own costs when it comes to visiting the doctor, buying necessary drugs, and contracting for companion care in San Marcos and elsewhere. The more liberal news outlets actually seem to be gloating over their belief that seniors will run to the polls to vote for Obama once they hear about Ryan’s plans.

A responsible voter should quickly realize, after studying the facts, that Ryan is a clearly capable lawmaker who has risen to the head of the U.S. House of Representatives’ Budget Committee and who knows better than to advocate a plan that would leave seniors penniless. Supporters of the Romney-Ryan ticket appeal directly to these elderly voters, stating that they understand that the plight of Medicare calls for reform. Otherwise, later generations will face poverty when they reach their senior years.

So What Next for Companion Care in San Diego County?

It’s not a matter of deciding which of the candidates, Romney or Obama, will allow seniors to continue getting their prescriptions or companion care.  In San Diego County and elsewhere, it is instead about anticipating which team has the best plan to do so. Many seniors—31 percent, according to one poll—like Paul Ryan’s plan. That’s not the picture you’ll get by reading liberal news stories or the Obama campaign, but polls are a little more objective than that.